Video Rendering and processing can be quite a demanding process and it requires you to choose the best processor for video editing. Otherwise, it can be hectic and terribly slow, which might lead you to process a one hour project, in twice or even thrice as much time, let alone the exhaustion of not being able to make it work any faster. 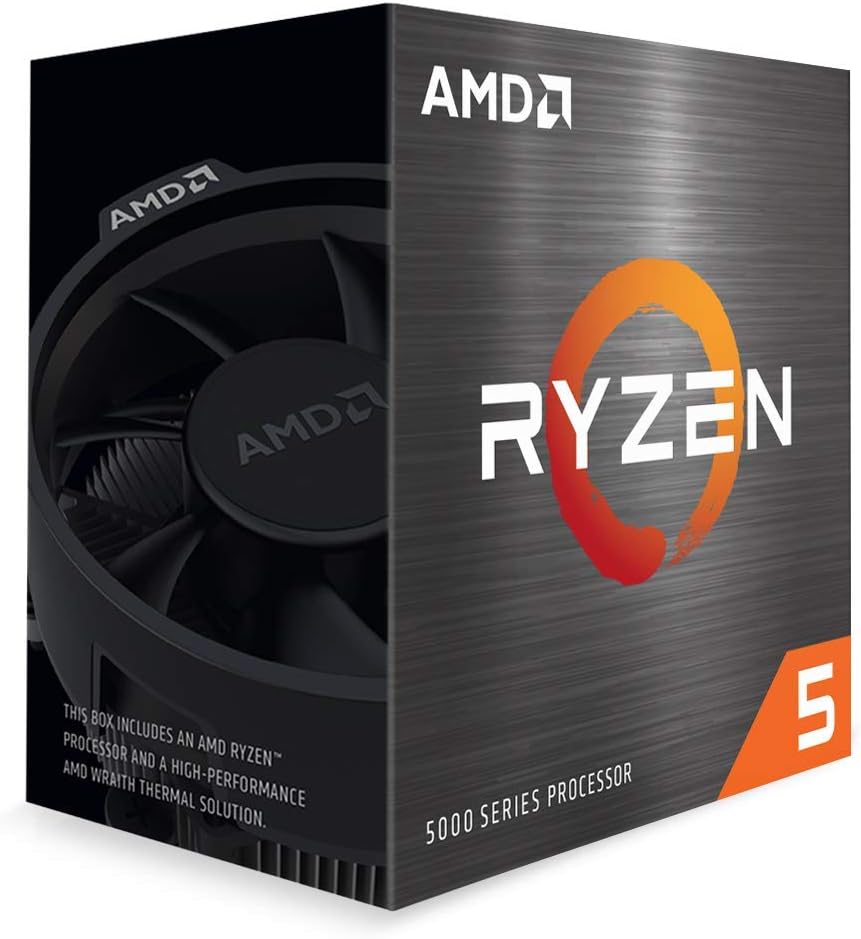 The video editing software is built to consume all your PC’s power to help it process and render the required data. Even, if you make it through the editing process, depending on the data and size, the rendering will take hours, and also limit you from using your PC for any other process, otherwise, prepare to wait for the whole day. You can limit the memory usage of certain video editing software which will allow you to run other processes simultaneously, without facing a horrible crash, but at the expense of further slowing down your editing or rendering process.

If you have not so much time and are in hurry to buy the Best CPU then we have shortlisted two CPUs for you.

List of Best CPU for Video editing and Rendering 2021

On top of our list, we have the mighty Ryzen 9 3950X, with super-fast 16 cores and shopping 32 threads, which makes it one of the best AMD processor for video editing. Running at the base clock speed of 3.5Ghz that can be boosted up to 4.7Ghz, the Ryzen 9 3950x is specifically created for gamers, streamers, and creators. One of the best features of this processor is that it can provide all this massively high horsepower on the same old, affordable AM4 motherboards.

Built with an efficient 7nm architecture, which ultimately increases the overall core count, the Ryzen 9 3950X aims for supreme performance against Intel’s high-end processor to fulfill your gaming and video editing requirements. The high threaded CPU paired with the bandwidth doubling PCI-e 4.0 interface will provide unbeatable performance for your video editing projects.

The Ryzen 9 3950X is built into the powerful and efficient Zen 2 microarchitecture, which along with the more cache packed into a smaller area can be quite the deal for an editing build, an ultimate choice for creators. Unlike the previous launches and earlier series, the 3950X offers active hyper-threaded cores on all 16, which enables the users to achieve a higher performance rate at an extremely reasonable price.

With the highest binned silicon and the AMD-defined TDP of 105W, it is much easier to hit higher clock values on this mighty processor and run your video editing and rendering process on super smooth frames. However, there is a slight complication of the package not including a cooler, but at the given price point, you are surely saving enough to buy a new one.

Next up, is one of the Intel’s tops of the line processor, that can prove its worth in the race of AMD vs Intel for video editing. The i9 9900k comes with a powerful set of 8 cores and 16 threads and stands out in the list of high-end mainstream computers.

This is one of Intel’s first processing units to hit a whopping high speed of 5.0Ghz, which is quite impressive and can be an efficient choice for an editing or rendering machine. The i9 9900k is one of the best performing processors, at the time of the launch, it topped the list of most efficient single-core and multi-core performance, which speaks highly for it. One of the most excellent features added to this processor is the Solder Thermal Interface Material (STIM), which can be plenty helpful in controlling temperatures, and allow for overclocking without any worried.

In fact, it can help achieve an impressively high boost clock of 5.1Ghz across all cores. In the case of clock boost, one does however require a cooling system to keep things cool without getting push the d to a harmful zone.

Unfortunately, the Intel has still not improved their microarchitecture and this processor, unlike the latest Ryzen Processor, is still stuck at 14nm. When it comes to power consumption, Intel surely does one better, only requiring an average TDP of 95W, so it will be power efficient in that manner. The i9 9900k can be a great choice if you choose to side with Intel in this race for unleashing more power.

Another great pick from the AMD’s latest and Almighty Ryzen 9 3000 series is the 3900X, which also crosses Intel in the core and threads count by having 12 cores and 24 threads, which will quite excellently suffice for a powerful build that can be used by creators for video editing and rendering.

The Ryzen 9 3900X stands in a tough battle against the previously mentioned i9 9900k, while the Ryzen provides more cores and threads, with the latest PCI-e gen and a far better price point, the i9 9900k’s unbeatable single-core performance, lower TDP, and higher boost clock make it stand tall in its position for the best mainstream processor.

However, for an editing machine, it would be quite advisable to buy the more affordable and future-proof Ryzen 9 3900X and spend more on faster and higher memory to enhance the experience. The latest 4.0 PCI-e Gen also gives the Ryzen 9 3900X a superior edge over its competitors.

The CPU starts a base clock of 3.8 GHz, which can be potentially boosted up to 3900X also comes packing with the impressive 7nm microarchitecture that helps boost the performance and also makes space for a higher cache that can make it a great choice in the list of best Ryzen for video editing.

Due to the latest Zen 2 architecture, Ryzen 9 3900X is highly efficient in energy, it considerably more efficient than its competitors, and this brings a lot of ease for creators to process their projects at a higher speed and efficient energy consumption.

Since our task is to help you pick the best machine for video editing, we are sure to make it a powerful and affordable one. With that in mind, we bring you another great choice from the Ryzen lineup, the Ryzen 7 3700X. The powerful 3700X kicks off with highly-efficient 8 cores and 16 threads.

The instruction per clock (IPC) is quite improved on this processor to allow for faster and smoother performance at desirable framerates. Including the Wrath prime cooler along with it in the package, at such an affordable and cheaper than the competitor, the 3700X takes a good spot on our choice of machines for video editing.

The silicon chips of Ryzen 3700X start at the base clock of 3.6Ghz that can boost right up to a whopping 4.4Ghz. The impressive 7nm Zen 2 Architecture is surely an impressive touch, which allows for a massive improvement in the performance along with more cache space which makes it ideal for editing and rendering heaps of data in video processing projects. One of the most insane advantages of the Ryzen 7 3700X is that it has a minimal TDP of 65W, which makes it super efficient in energy consumption.

The Zen 2 Architecture is one of the biggest advancements by AMD in computing processors. In the case of Ryzen 7 3700X, the impressive Zen-2 microarchitecture allows for massive changes, such as a 15% increase in IPC, the minimal TDP that enables power efficiency, and doubled cache that will certainly aid in speeding up the video encoding, rendering, and editing of your projects.

Another excellent choice that is also quite affordable, by the AMD, is Ryzen 5 3600. This chip is specifically designed for small form factor builds, but then most of the Ryzen processors can be housed in an AM4 socket or a similar one.

The Ryzen 5 3600 is a budget build processor, so it offers comparatively fewer cores and threads at 6 cores and 12 threads but provides the best value for price in the market. The package includes, hyper-threading, unlocked multipliers to make overclocking even easier, and a super cool Wraith Stealth Cooler that quite literally does its job of cooling without making any noise.

It works quite impressively for creators, this small-factor build CPU does its job efficiently. The low TDP of 65W proves that it is quite a power-efficient and will be a great pick among the list of best CPU for video encoding. The doubled Cache, like many of the latest Ryzen processor, is also a part of the package on this one, which certainly is a welcoming addition for creators that requires faster cache for processing speed.

The access of 24 lanes of PCI-e 4.0 also a nice touch but it does not matter as much for a small form factor build. The Ryzen 5 3600, unfortunately, does not come with integrated graphics, but with the price tag, you can easily save up enough to buy a powerful dedicated GPU that will complete your video encoding build with an ultimate finishing touch. Compared to the Ryzen 3600X the 3600 has a slightly lower clock speed and overclock-ability with a core clock speed of 3.6GHz  and up to 4.2GHz precision boost that still does its job for video editing efficiently.

Last but not least in our guide for the best video editing machines is Intel’s all-powerful i7 9700k. Part of Intel’s 9th generation Coffee Lake processor, the i7 9700k used to be one of the most powerful and superior performing processors, until AMD came into the play and Intel had to push towards the might i9 series.

The i7 9700k comes packing with 8 powerful cores that have an excellent base clock speed of 3.6Ghz that can hit up to the ultimate boost clock speed of 4.9Ghz, which is quite impressive for an old CPU, in comparison with most of the new releases.

The i7 9700k also has unbeatable single-core performance and like many other options on this list, it is one of the best CPU for 4k video editing. It is built into the same 14nm microarchitecture as most of the other Intel processors, which is among the leading reason for Intel’s sudden demise against AMD processors.

The lack of hyper-threading does not matter for gaming but in video editing, which is our prime focus, it does prove to be impactful and can be a little slower in processing compared to CPUs with hyper-threading enabled.

The thermal power design of 95W is considerably good and can be quite efficient. There are 16 available PCI-e lanes on the CPU which is sufficient enough for a powerful dedicated GPU to help the editing and rendering process.

The i7 9700k is quite well-known for its superior performance, the price tag is also quite reasonable compared to its successors, but the lower cache space is not ideal for a video editing machine.